Skip to content
You are here:Home-Featured, The Kraken Files, Training, Women’s Fitness-Let’s Just Cut the Shit and Lift

In this month’s The Kraken Files, Steph addresses a topic that bugs a lot of people, and drives others this month.

Give it a read and see where you stand.

This month’s column actually came to me after talking with a friend, and soon after that, reading a related post online.  My friend mentioned that he had said he was powerlifting as a weightlifting program, and that someone online had promptly chastised him that he could not call it powerlifting unless he was competing.

Then, I read a post discussing something about people saying that gym lifts “don’t count” as “real strength” and that it only counts if done on a platform. 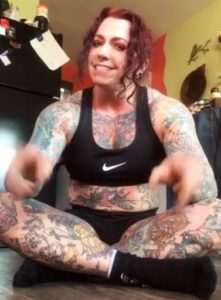 Both detractors are considering themselves as members of a group, a group that those they are maligning are not perceived to be in, and assigning their respective groups with certain characteristics and, let’s be honest, superiority over those they deem are outside the group (because seriously what is a group, except a collection of people with perceived similar interests which by default make the group “other than” others, which often plays out to “better”…..I mean who ever joins a group and says “omg we are the fanny pack wearing oly lifters and we totally suck compared to everyone else…..we squat like shit and cheat our asses off.)

I have found in life that this phenomenon works for all sorts of groups, not just in lifting and sports.   But, think of how it works for weightlifters.

We hear it all the time, and often we are speaking it.

In short, these are all ways to further identify oneself with the group in which they want to claim inclusion, and ways to define oneself as “different than” other groups, (and as I have said, “different than” often loosely also morphs into “better than”.)

To belong in any group, one must perform functions that group feels important or critical to the definition of the group itself.  Rigid adherence to belief that these values and attributes are the only things that “count” lead to judgement of others.

I have been guilty of this…..when I started powerlifting, I was very careful not to call myself a powerlifter UNTIL I COMPETED.  My hackles would raise every time I saw the term “aspiring powerlifter”….as I felt it was a bunch of never-to-compete bums trying to horn in on my precious family.  I liked belonging somewhere, I liked defining myself as different than others, but still having a “home” with others like me, who thought like me, and accepted and understood me.

But here is the kicker about any group: 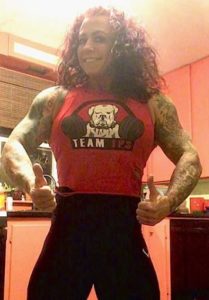 They’re completely arbitrary, created based on standards one or several people created……these standards are not universal truths, and the group itself is not the “golden calf”.  They are dogmatic in nature, as in that they assert random “rules” that are assumed to be unarguably true, but are flawed at base because they ARE arbitrary.

Ok I got a little abstract here, but let’s look at an example:

In powerlifting, there is the squat, bench and deadlift.

To be considered a powerlifter, you generally have to compete at these three lifts in a sanctioned meet and do them to general guidelines for approval (2-3 white lights) by 3 judges.

That is fairly straightforward, I suppose (yeah right)…….but then comes the landslide of bullshit.

Can one do ONE MEET in his WHOLE LIFE and call himself a powerlifter?

Just how long can one go between meets before they have to “stop” calling themselves a powerlifter???!?!?

Is one a powerlifter that competes bench only?

And who are the REAL powerlifters?!?!?

And by real, believe me, we are really saying “BEST”.

All of this squabbling and all of these opinions are designed to ferret out who is the “real” or “best” example of the related groups.

Do you have a headache?

This is one reason I now JUST LIFT.

Yes, I do powerlifting programming at times.

Sometimes I do bodybuilding programming.

Often I just go in and lift weights like the rabidly-obsessed amateur I am.  I don’t really cleave to any one group anymore because I got tired of jockeying to position myself as better than others, or to be engaged in a more worthy sport.

In other words, I got sick of being petty as fuck.

Now I am not saying EVERYONE is like this, with the believed-superiority of their own group, and believed righteousness of the way their group lifts and thinks, but I guarantee if we are all honest with ourselves we will admit we have done some of the shit I listed above at least once, and probably a lot more than once.  Come on, it’s ok.

So basically all this long-winded philosophical abstraction and rambling is to say one thing: don’t be a holier-than-thou asshole just because you claim inclusion to a group.

Someone who does not compete can DAMN WELL engage in powerlifting.

And someone who has never set foot on a platform and pulls 800 pounds IS showing “real strength”……so don’t be a frickin’ asshole and let people do their damn thing. 😀

Read more of her articles here!