Skip to content
You are here:Home-Powerlifting, Training-Constructive Criticism: What the #&**$ has happened to it?!

Constructive Criticism: What the #&**$ has happened to it?!

TPSMethod Coach (Angry) John is back with another great article.

Have you ever interacted with someone and internally thought to yourself “Ohhhhhh man. This person is in for a harsh reality check?”

I find myself in this scenario more often than not, as I grow older.

Before going any further, how is constructive criticism defined?

The irony behind this statement is the interpretation and construction of the definition can be strongly influenced by the subjective perspective.

That said, I do confess that the usage of language can shift these prerogatives quite rudely. It is the “that looked like shit” versus “eh, not the greatest” viewpoint.

Yet, this plays second fiddle to the ever-present problem of people reacting poorly to being informed of their flaws (I am not exception). Individuals are blinded by the first and simply do not see the help being freely given afterwards. 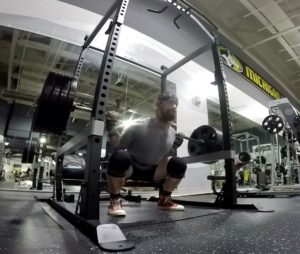 One such arena that this can be frequently observed is in fitness/strength training.

In the fitness/strength industry, there is an ever-present force of “ego”. You can instantly gauge someone’s ego when direct honesty is given to him or her.

Unfortunately, the direct result from this, for me, is complete isolation. Why reach out with the intention of helping when that help is harshly thrown back into my face because it was “rude” and condescending.

Case in point my most recent experience with Instagram (FYI that word is slowly garnering the cringe response along with selfie and tik tok).

I observed an individual (one that has significantly larger following…..obviously I could not care less at this point) doing deadlifts and I decided to chime in. Based on my previous experience of someone telling me to “fuck myself with a rusty metal pipe”, I carefully crafted my response.  I laid out the flaws, how to address those flaws, and gave open-ended suggestions on exercises/movements to reinforce my statement.

What I received was:

“…If you generally care its respectful to ask first”

Firstly, posting ANYTHING online opens the door for criticism, whether you care to receive it or not.

Secondly, I do generally care.

I SHOULD NOT need to explicitly ask for permission to give help (By the way, I not only disregard permission, I refuse to do so).

The dangerous aspect about this is when I do care BUT I choose not to help because some person has a “no unsolicited advice policy”.  My first reaction is “to hell with your policies”.  I think a “bullshit detector” works just fine in these instances but I have been wrong before.

Furthermore, the amount of bullshit in these statements alone is mind-bendingly idiotic.  This is along the same lines of me telling my mother to ask for my permission before giving insight. Personally, I internally laughed at this individual.

With me, I will always perk up to information before vetting the fucking out if. Yet, the more years of experience that insight is coming from, the less likely I will disregard it. In these scenarios, the BEST thing that comes out of it is these individuals give me the absolute justifiable reason of not wasting time with them.

That said, it is acknowledged that there are more than enough individuals that have zero clue giving “feedback” online with even more blindly following them (aka the blind leading the blind).

Yet, how do you go about helping someone if they are obviously close-minded to their own world/business?

It further reinforces my outlook and general approach: help others that help themselves.

IF an individual reaches out then at the very least it reveals that individual’s willingness to listen, receive, and digest the information instead of immediate disregard but it conflicts to what they know or encroaches on their feelings.

THAT is the ideal person to work with.

At the end of it all, if one cannot handle constructive criticism then that individual is in for a rude life surprise. 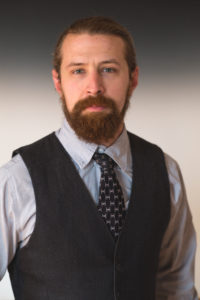 John is a former in house TPS Method coach who is now working for us remotely from the backwoods somewhere.

He is a competitive powerlifter with best lifts of:

He’s also wicked smart with an in M.S biology

Try the TPSMethod.com for free.